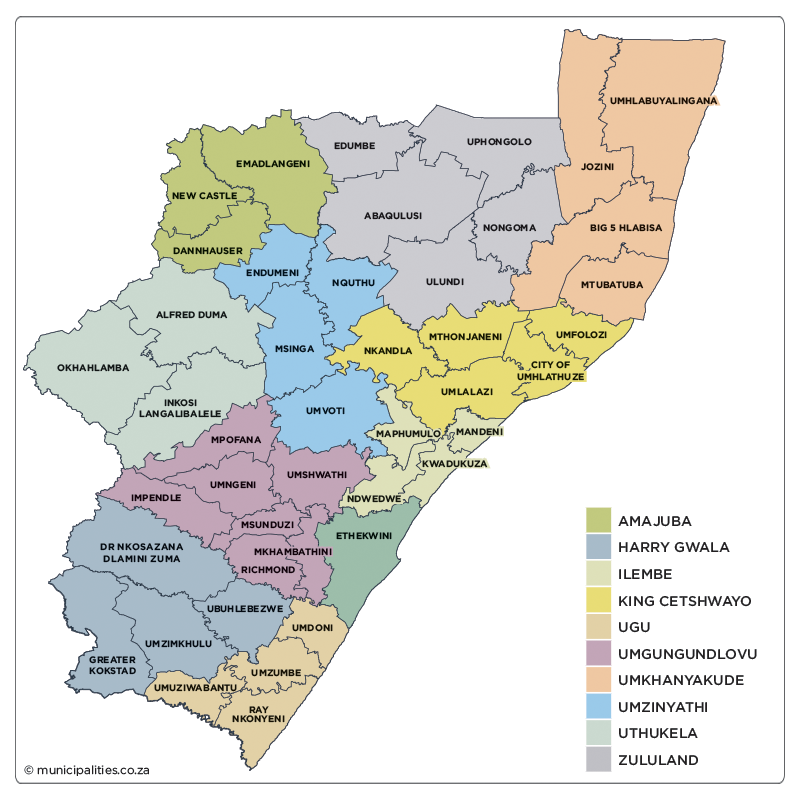 KwaZulu-Natal is located in the south-east of South Africa bordering the Indian Ocean. It also borders on the Eastern Cape, Free State and Mpumalanga provinces, as well as Lesotho, Swaziland and Mozambique. The ‘Garden Province' of South Africa stretches from the lush subtropical east coast washed by the warm Indian Ocean, to the sweeping savanna in the east and the majestic Drakensberg Mountain Range in the west.

It covers an area of 94 361km², the third-smallest in the country, and has a population of 11 065 240, making it the second most populous province in South Africa. The capital is Pietermaritzburg. The largest city is Durban. Other major cities and towns include Richards Bay, Port Shepstone, Newcastle, Estcourt, Ladysmith and Richmond.

The province's manufacturing sector is the largest in terms of contribution to GDP. Richards Bay is the centre of operations for South Africa’s aluminium industry. The Richards Bay Coal Terminal is instrumental in securing the country’s position as the second-largest exporter of steam coal in the world. The province has undergone rapid industrialisation owing to its abundant water supply and labour resources.

Agriculture is also central to the economy. The sugar cane plantations along the coastal belt are the mainstay of KwaZulu-Natal’s agriculture. The coastal belt is also a large producer of subtropical fruit, while the farmers inland concentrate on vegetable, dairy and stock farming. Another source of income is forestry in the areas around Vryheid, Eshowe, Richmond, Harding and Ngome.