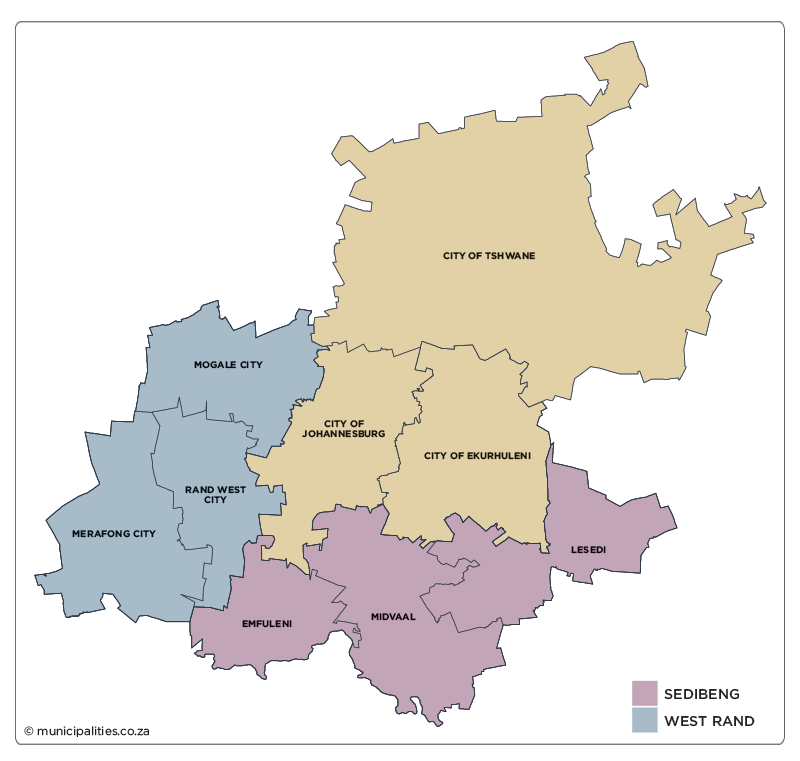 Gauteng is the smallest of South Africa’s provinces, covering an area of 18 178km² or approximately 1.4% of the total surface area of South Africa. It is bordered by the Free State, North West, Limpopo and Mpumalanga provinces. While being the smallest province, it is also the most populous, being home to 13 399 725 people – 24.1% of the national population. Gauteng lies on the highest part of the interior plateau on the rolling plains of South Africa’s Highveld.

Its capital is Johannesburg and it also contains the city of Pretoria, as well as the East Rand, West Rand and Vaal areas.

Gauteng continues to serve as the economic engine room of the country and the subcontinent, responsible for over 34.8% of the country’s GDP. Gauteng is the powerhouse of South Africa and the heart of its commercial business and industrial sectors. The most important sectors contributing to GDP are finance, real estate and business services; manufacturing; and general government services. Gauteng is also the financial services capital of Africa. More than 70 foreign banks have their head offices here, as do at least the same number of South African banks, stockbrokers and insurance giants.

The major gold and diamond mining houses all have their headquarters in Johannesburg, the biggest being Anglo American and De Beers. Gold mining constitutes 80% of Gauteng’s mineral production output.