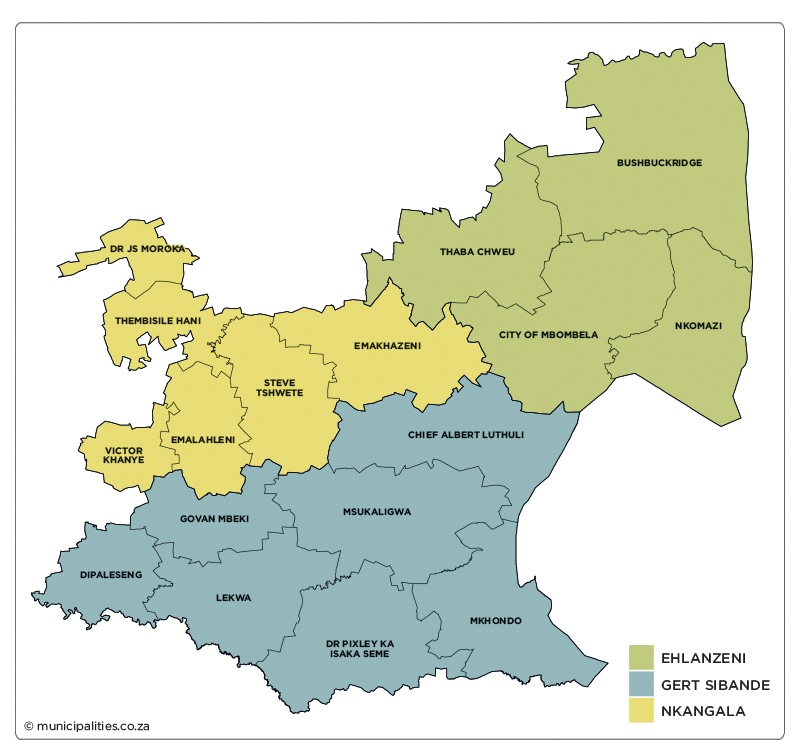 Mpumalanga, the second-smallest province in South Africa after Gauteng, is located in the north-eastern part of the country, bordering Swaziland and Mozambique to the east. It also borders Limpopo, Gauteng, Free State and KwaZulu-Natal within South Africa. It covers an area of 76 495km² and has a population of 4 335 964, making it the sixth most populous in the country. It is situated mainly on the high plateau grasslands of the Middleveld, which roll eastwards for hundreds of kilometres. In the north-east, it rises towards mountain peaks and terminates in an immense escarpment. In some places, this escarpment plunges hundreds of metres down to the low-lying area known as the Lowveld.

Mbombela (previously Nelspruit) is the capital of the province and the administrative and business centre of the Lowveld. Other major cities and towns include eMalahleni (previously Witbank), Standerton, eMkhondo (previously Piet Retief), Malalane, Ermelo, Barberton and Sabie.

The best-performing sectors in the province include mining, manufacturing and services. Tourism and agro-processing are potential growth sectors. Agriculture in Mpumalanga is characterised by a combination of commercialised farming, subsistence and livestock farming, and emerging crop farming. Crops such as subtropical fruits, nuts, citrus, cotton, tobacco, wheat, vegetables, potatoes, sunflowers and maize are produced in the region.

Mpumalanga is rich in coal reserves and home to South Africa’s major coal-fired power stations. eMalahleni is the biggest coal producer in Africa and is also the site of the country’s second oil-from-coal plant after Sasolburg. Most of the manufacturing production in Mpumalanga occurs in the southern Highveld region. In the Lowveld sub-region, industries are concentrated around the manufacturing of products from agricultural and raw forestry material.