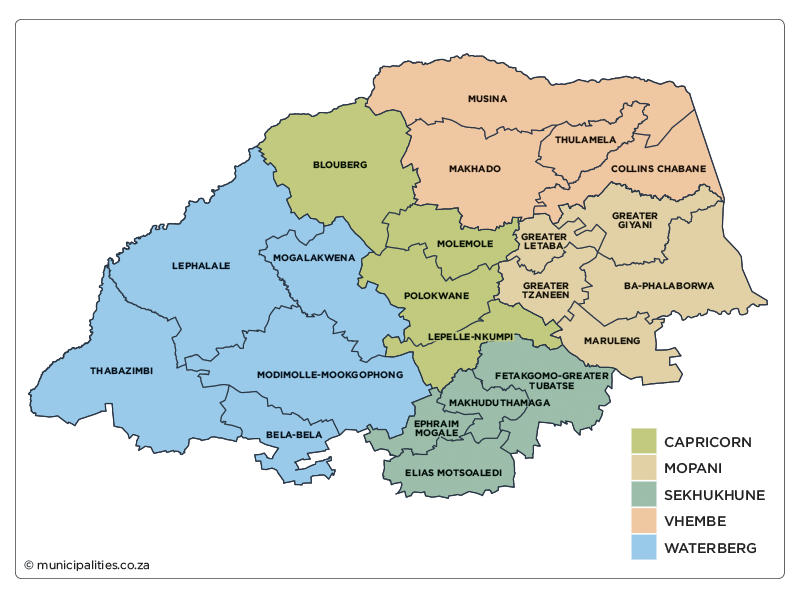 Limpopo, South Africa’s northernmost province, borders onto Mozambique, Zimbabwe and Botswana. It also borders the Mpumalanga, Gauteng and North West provinces. Named after the Limpopo River, which flows along its northern border, it is a region of contrasts, from true Bushveld country to majestic mountains, primeval indigenous forests, unspoiled wilderness and patchworks of farmland. In the eastern region lies the northern half of the magnificent Kruger National Park.

Limpopo ranks fifth in South Africa in both surface area and population, covering an area of 125 754km² and being home to a population of 5 779 090. The capital is Polokwane (previously Pietersburg). Other major cities and towns include Bela-Bela (Warmbad), Lephalale (Ellisras), Makhado (Louis Trichardt), Musina (Messina), Thabazimbi and Tzaneen.

The climatic conditions in the province allow for double harvesting seasons, which results in it being the largest producer of various crops in the agricultural market. Sunflowers, cotton, maize and peanuts are cultivated in the Bela-Bela–Modimolle area. Bananas, litchis, pineapples, mangoes and pawpaws, as well as a variety of nuts, are grown in the Tzaneen and Makhado areas. Extensive tea and coffee plantations create many employment opportunities in the Tzaneen area. The Bushveld is cattle country, where controlled hunting is often combined with ranching.